Plan and manage your
Compliance Obligations

Evaluate fulfilment of your
Compliance Obligations

Greenspace is a consultant supported platform for your EHS Management System. Established in 2004, it supports ISO 14001, ISO 45001 & OHSAS 18001 with our growing range of applications

"The Legal Register and Super User Function has been used by NHS Scotland Health Boards since 2008, it is a valuable tool that provides a central register and individual sites registers allowing NHS Boards to track environmental compliance across their entire estate"

"Universities are faced with a bewildering array of Environmental Legislation. We place great value in the annual visit from our Waterman consultant who presents all our obligations on our easily accessible Legal Register to show how we comply."

"Waterman provided comprehensive support to secure our PPC Environmental Permit in 2006. Central to our permit conditions is an obligation to manage compliance with Environmental Legislation; Waterman's Legal Register has for 10 years met these obligations and kept our SHE team firmly up to date with evolving regulation"

"The Legal Register Super User functions allows me to manage compliance across 10 Doncasters sites while assigning direct control to site managers. Our Waterman consultant’s programme of Gold Compliance audits and Silver Reviews keeps us firmly on the right side of ever changing obligations"

"As a five year Greenspace client, we've benefitted from a personal service to manage compliance with our EHS legal obligations with links directly to our ISO 14001 Aspect Register. Having everything up to date in one place, has been a weight off my mind putting me firmly in control of HSE risks." 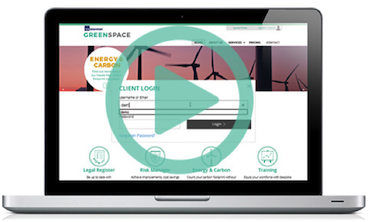 Directive (EU) 2019/904 introduces policies that aim to reduce the use of single-use plastic products across the EU. Products affected include items made of oxo-degradable plastics, cotton bud sticks, cutlery, plates and food and beverage containers.

This Directive is required to be transposed to law in every EU Member State by 3 July 2021. This is after the date the UK is expected to have left the EU. Therefore, it is not clear whether this Directive will be implemented in the UK or not.

The Waste and Environmental Protection (Amendment) (Northern Ireland) (EU Exit) Regulations 2019 will make technical amendments to four Northern Irish regulations on and immediately before the date the UK leaves the EU. References to “best available techniques” are removed in the context of municipal waste planning requirements under the Waste Framework Directive (2008/98/EC).

The Transport (Scotland) Act 2019 will enable local authorities to establish low emissions zones (LEZs) in Scotland. A penalty charge will be payable by persons driving vehicles that do not meet specified emissions standards within a LEZ, unless the vehicle is exempt.

The Environment Bill is intended to update Local air quality management legislation and require action plans for designated areas. The Water Resources Act 1991 would also be amended to enable the Environment Agency to modify abstraction licences without providing compensation on certain circumstances.

The Environment Bill is intended to amend the planning regime to require 'biodiversity net gain' for developments. Conditions on planning permission would only allow development to proceed once a binding plan stating biodiversity gain actions has been accepted by the planning authority. Additionally, in most circumstances Local highway authorities would be required to consult members of the public before felling street trees.

Legally-binding Conservation Covenants would also be introduced by the bill, enabling landowners to reach voluntary agreements to do (or not do) something with the land to deliver conservation benefits.

The Environment (Legislative Functions from Directives) (EU Exit) Regulations 2019 transfer powers previously held by the European Commission or other EU authorities to national authorities in England, Wales, Scotland and Northern Ireland. The retained functions may be used to make regulations in respect to air quality, environmental noise marine strategy and water quality.

The Smart Export Guarantee Order 2019 will require electricity suppliers with more than 150,000 electricity customers to pay small-scale low-carbon generators for the electricity they export to the grid.

To quality for SEG export tariff payments, generators may not have a capacity exceeding 5MW. The SEG is intended to replace the Feed-in Tariff scheme which closed to new entrants on 31 March 2019.

The Product Safety, Metrology and Mutual Recognition Agreement (Amendment) (EU Exit) Regulations 2019 will continue to recognise the conformity status of products from Switzerland after Brexit. These products include pressure equipment, lifts and personal protective equipment. UK-based importers will also be able to provide their details on a conformity document accompanying products from Switzerland for a limited time, rather than marking their details on the product itself.

The Environment Bill is intended to introduced 'extended producer responsibility' to parties placing packaging or packaged products on the UK market. These will require these companies to pay sums reflecting the cost of collection, transport, management and administration of waste, not just its processing as at present. In England, Wales & Northern Ireland National authorities may establish deposit schemes to increase recycling and reuse or reduce littering and fly-tipping. Charges may also be applied on single use plastic items.

The Planning (Scotland) Act 2019 (Commencement No. 2, Saving and Transitional Provisions) Regulations 2019 will bring two sections of the Planning (Scotland) Act 2019 into force. Planning authorities will be required determine whether new developments include sufficient measures to “mitigate, minimise or manage” the effect of noise. The maximum level of fines for non-compliance with planning notices and conditions will also be increased.

The Conservation (Natural Habitats, &c.) Amendment (No. 2) (Scotland) Regulations 2019 will amend the Conservation (Natural Habitats, &c.) Regulations 1994. Scottish Ministers will be able to appoint a body to establish and maintain the register of European sites, which is expected to be the Scottish Natural Heritage. The duty to review existing authorisations under the marine licensing regime when an area becomes a protected site will no longer apply to certain spent licences under the Marine (Scotland) Act 2010.

The Invasive Alien Species (Enforcement and Permitting) Order (Northern Ireland) 2019 will enforce the Invasive Alien Species Regulation (EU) No 1143/2014 in Northern Ireland. This Order aims to prevent and manage the introduction and spread of invasive alien species through the application of offences, enforcement powers and permit and licence regimes for activities involving invasive alien species.

The Greenhouse Gas Emissions Trading Scheme (Amendment) (No. 3) Regulations 2019 would amend the Greenhouse Gas Emissions Trading Scheme Regulations 2012 to implement Phase IV of the EU ETS, if the UK remains an EU Member State until 1 January 2021. The 2019 regulations would establish rules for the handling of EU emissions allowances, greenhouse gas permits and monitoring and reporting obligations from 2021. Extended opt-outs for ultra-small emitters would also be introduced.

The Town and Country Planning and Electricity Works (EU Exit) (Scotland) (Miscellaneous Amendments) Regulations 2019 amends terms, definitions and references within Scottish planning legislation to reflect that the UK will no longer be an EU Member State after Brexit. The regulations do not introduce any policy changes.

The Climate Change (Emissions Reduction Targets) (Scotland) Act 2019 raises greenhouse gas emission reductions targets in Scotland under the Climate Change (Scotland) Act 2009. A net-zero emissions reduction target is applied by 2045. The Scottish Ministers are required to report on progress against targets annually. A citizens’ assembly on climate change will also be created to make recommendations to ministers on the net-zero transition.

The REACH Etc. (Amendment Etc.) (EU Exit) Regulations 2019 would introduce a UK regime for the registration, evaluation, authorisation and restriction of chemicals (REACH) after Brexit if the UK leaves without a deal, or with a deal that does not include future participation with the European Chemical Agency (ECHA).

The HSE will be the UK regulator for this regime, assuming ECHA's previous roles. Companies manufacturing, importing or supplying chemicals in the UK would ultimately be required to participate in the UK REACH system.

The Chemicals (Health and Safety) and Genetically Modified Organisms (Contained Use) (Amendment Etc.) (EU Exit) Regulations 2019 may apply a UK-only system under the Biocidal Products Regulation.

This regime would only be introduced if the UK leaves the EU without a deal or with a deal that does not involve continued cooperation with ECHA. All active substance and product approvals prior to Exit Day would be transferred to the UK regime. Ultimately biocides and biocidal products would need to be included on an approved UK list to place them on the market.

The Chemicals (Health and Safety) and Genetically Modified Organisms (Contained Use) (Amendment Etc.) (EU Exit) Regulations 2019 may apply a UK-only Prior Informed Consent (PIC) regime. This regime will only apply if the UK leaves the EU without a deal or with a deal that does not involve continued cooperation with European institutions.

The Environmental and Wildlife (Legislative Functions) (EU Exit) Regulations 2019 will amend 10 EU Regulations that will be retained as UK law after Brexit. European Commission powers are transferred to policymakers and regulators within the UK.

The 2019 regulations establish UK ecodesign and energy labelling requirements while maintaining existing EU-derived standards and their enforcement. A UK conformity assessment regime for the ecodesign standards will apply.

The Environment (Legislative Functions from Directives) (EU Exit) Regulations 2019 transfer a series of legislative functions currently exercised by the European Commission to various UK administrations to ensure the respective regimes continue to function after Brexit.

The Building (Scotland) Amendment Regulations 2019 replace the duty to design and construct buildings in a way to inhibit the unseen spread of fire and smoke in concealed spaces in building structures or fabric with a more general duty to inhibit any spread of fire and smoke (whether seen or unseen) in cavities (rather than just 'concealed spaces').

The European Union (Withdrawal) (No. 2) Act 2019 requires the Prime Minister to seek an extension to the Brexit withdrawal date of 31 October 2019 to 31 January 2020.  Reports must also be provided by the Secretary of State on the progress of negotiations between the EU and the UK. The first report must be made by 30 November 2019.

These must also be communicated at the point of sale or lease for vehicles. The regulations also amend greenhouse gas emissions intensity obligations on fuel suppliers, allowing credits for upstream emissions reductions in 2019 to be claimed against the obligation.

Regulation (EU) 2019/1261 amends the Invasive Alien Species Regulation (EU) 2016/1141 to update the list of invasive alien species that may not be brought into the EU or kept, bred, sold, grown or released into the environment in EU countries.  Species added include the common myna bird (Acridotheres tristis), the Japanese hop (Humulus scandens) and striped eel catfish (Plotosus lineatus).

The Hazardous Waste (Wales) (Amendment) Regulations 2019 amends the Hazardous Waste (Wales) Regulations 2005. Consignee returns submitted by waste recipients to producers or holders of hazardous waste will need to reflect the Recast Persistent Organic Pollutants Regulation (EU) 2019/1021. Where waste streams received include persistent organic pollutants (POPs) above the respective threshold, the return must state that this material is a POP.

Please subscribe for a free monthly update on developments in Environmental Legislation and to trial the Greenspace Management System platform.

Thank you for your subscribling to the Greenspace Mailing list. Please check your email to confirm your subscription.